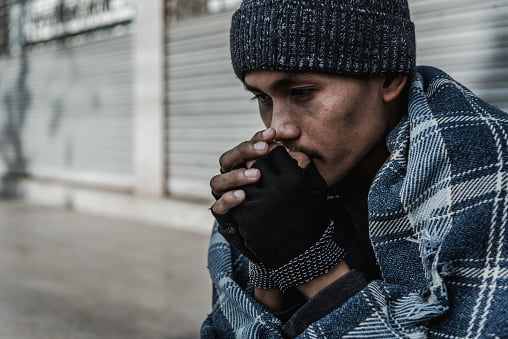 If the number of Americans who went to bed hungry prior to the pandemic was “disturbing,” how can we describe this situation now?

“Distressing?” “Horrible?” “Tragic?” No matter what we call it, things are far worse now than before.

And people most affected by this pandemic-driven hunger emergency are seniors. Including the elderly. The very people who worked hard for decades to make this country great are most in need of food.

One year after the coronavirus began sickening and killing Americans, we have a food crisis on our hands

Food has become scarcer. Thanks to unemployment and food supply chain workers getting sick. The food that is available is more difficult for some to obtain. And more expensive. All because of the pandemic.

Reaching Out to Help

Let’s take New York City as an example. Before the coronavirus hit our shores, one in 10 New Yorkers was considered food insecure. Now, according to FoodBank NYC, that statistic has risen to one in five.

Thankfully there are organizations such as Citymeals on Wheels. Donations and volunteers allow them to deliver about 20,000 meals per day. They go to homebound seniors in New York City.

But as the situation worsens, it becomes more challenging to feed everyone needing these deliveries.

Beth Shapiro is executive director of Citymeals. Here’s what she says. “I think the social safety net is stretched very thin. We should not be hungry in this city. Or in this country.

“And certainly older people should not be hungry. We would not be there without them. And we have the systems that could care for them.”

Across America, seniors are more susceptible to the virus than others. Eight of 10 coronavirus-related deaths are those 65 and older. So these seniors limit trips to grocery stores as much as possible. Some are physically incapable of going.

Even before the pandemic, 5.8 million American seniors were hungry. That number has increased dramatically. Tens of millions of other Americans are also hungry. Including millions of children.

It’s estimated that four in 10 visitors to food banks are there because of the pandemic. Some people are planting victory seed gardens in their yards to avoid running out of food.

Shapiro says this crisis will not be “ending in six months with a vaccine. There are going to be long-term implications from what we’ve lived through. And I think there will be more older people in need of food than ever before.”

Food Bank for New York City has experienced a 70 percent increase in demand for food over 2019.

But the problem is not limited to big cities. Food insecurity actually affects a higher percentage of people in rural areas. Often due to farmers missing planting cycles because of lockdowns. Or problems acquiring seeds.

Bryan Singleton is executive director of Action Pact. It’s a social services organization operating five food banks in rural Georgia. He says the need for food assistance has quadrupled in the past year.

“We’ve had food distributions where we’ve literally had hundreds of vehicles lined up to get food,” he said. “We do food drives each year to stock up our shelves. We’ve had to completely abandon those because of the pandemic.”

The same type of thing is happening in El Paso, Texas. The line for the El Pasoans Fighting Hunger food bank was recently four miles long.

Food distribution from this facility rose by 569 percent in 2020 over the previous year. This despite the number of volunteers decreasing due to pandemic fears.

Feeding America says that 80,000 people in El Paso suffer from food insecurity. And one of five children goes hungry every day.

According to Feeding America, this is the definition of food insecurity. “A household’s inability to provide enough food for every person to live an active, healthy life.”

But what does it look like for the average American? Many people pay for necessities like medicine and rent or mortgage first. Then utilities and transportation.

Then they’ll try to buy groceries. But there might be very little money left. So, they either skip some meals or buy cheaper, less nutritious food.

The highest rate of food insecurity in the U.S. is in Mississippi. That’s according to United Way. Next come Washington, D.C., Nevada, Louisiana and New York. Followed by New Mexico, Florida, Tennessee, North Carolina and Alabama.

Earlier I mentioned victory seed gardens. And how some people are trying to avoid food insecurity by growing their own food.

With this trend sprouting, I thought it would be a good idea to include a variety of garden items – free of charge – in our annual President’s Day Event.

George Washington is one of the presidents our nation honors as part of this holiday. And he was known as an innovative planter before he became the Father of Our Country.

For a limited time, 4Patrots is offering our 4-Week Survival Food Kit with freebies. Including two Victory Garden Seed Collections and a Gardening Tool and Storage Set. Plus two Digital Gardening Guides and plenty more.