What Is Solar Power and How Does It Work? 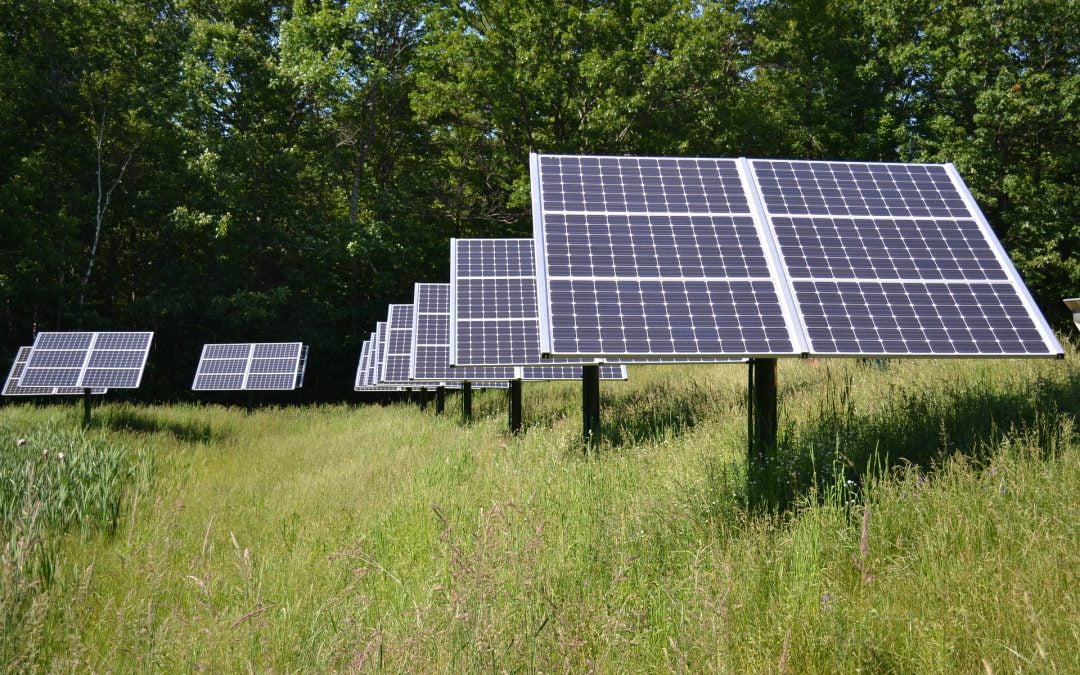 Most of us probably believe we have a pretty good idea what solar power is and how it works.

We know that the sun’s rays deliver heat. And that photovoltaic (PV) cells are capable of converting that heat into energy.

We understand that the energy produced from the sun’s power can be used to power up an assortment of electronic devices.

Those are the basics. But of course there is much more to it than that. Today I want to dig just a little deeper into what solar power is. And how we use this free energy to keep our reliance on expensive forms of energy to a minimum.

A power plant in the sky

When many of us hear the phrase “solar power,” we first think of solar panels. We see them on the tops of houses and businesses. As well as in large fields dedicated to this purpose.

Using solar panels to create electricity in our homes is a great way to become more self-sufficient. And to save money and preserve the environment.

The best thing about it is that the source of this energy is free. Our sun has been called a power plant in the sky.

Old Sol has enough energy to power all our needs. It won’t run out. Well, at least not for another 5 billion years or so. And it doesn’t give off carbon dioxide emissions.

The key is figuring out how to harness that energy. And turn it into the electrical power we need to run our world.

Rays coming from the sun take about eight minutes to get here from that ball of fire some 93 million miles away. They provide heat we can feel on our skin on a sunny day. But we need specific materials to convert that energy into electricity.

Enter solar panels, which are made up of PV cells. These cells are typically made from silicon, which is a semiconductor. The bonds of a crystal – located between silicon atoms – consist of electrons shared between all the crystal’s atoms.

When the sun’s rays start becoming absorbed, electrons in the bonds get “excited” to a higher energy level. Now set into motion, they move around more freely than when they were bound. And that’s what produces a flow of electric current.

The electricity flowing through a home powers electronic devices. Excess electricity produced by solar panels is fed to the electric grid.

The typical solar panel contains a layer of silicon cells and a metal frame. Plus a glass casing offering durability and protection for the silicon PV cells. As well as wiring to allow current to flow from the cells.

There’s also a layer of insulation to keep the temperature in check. And a back sheet that protects against heat dissipation and humidity inside the panel. Plus a reflective coating that increases sunlight absorption.

Silicon is not a metal. But it does have conductive properties allowing it to absorb and convert sunlight into electricity. Silicon solar cells are usually manufactured in one of two cell formations. They are monocrystalline or polycrystalline.

The mono format gives electrons more room to move around. This results in a higher efficiency of solar technology.

For a number of years, scientists’ excitement about solar energy was tempered by the high costs. But those costs have come down significantly over the past 10 years or so.

The large solar panels we see on rooftops are only part of the equation. Smaller solar panels – which can be used individually or by daisy-chaining them – can also be used to power specific electronic items. Including generators.

Smaller solar panels generate less electricity. But they are sufficient for a number of tasks. Assuming they receive the sunlight they need. And that the cells within them are efficient.

For example, if a 100-watt solar panel receives unobstructed sunshine during afternoon hours for just one hour, it should generate 100 watt-hours of electricity.

That same panel will produce less electricity in the morning and early evenings when the sun is lower in the sky.

However, you can maximize the electricity it will produce during those times by angling it toward the sun. And by making sure there is no shade on the panel. Shade on one cell can negatively affect the efficiency of other cells.

I hope the information above has been useful. What’s even more useful than information, however, is putting solar power into practice.

After all, solar energy is the cleanest and most abundant renewable energy source available.

We all need backup power. An endless parade of storms has shown us how crucial it is in today’s world.

My strong recommendation is to acquire backup power that can be replenished with the free energy of the sun.