What Causes An Earthquake? 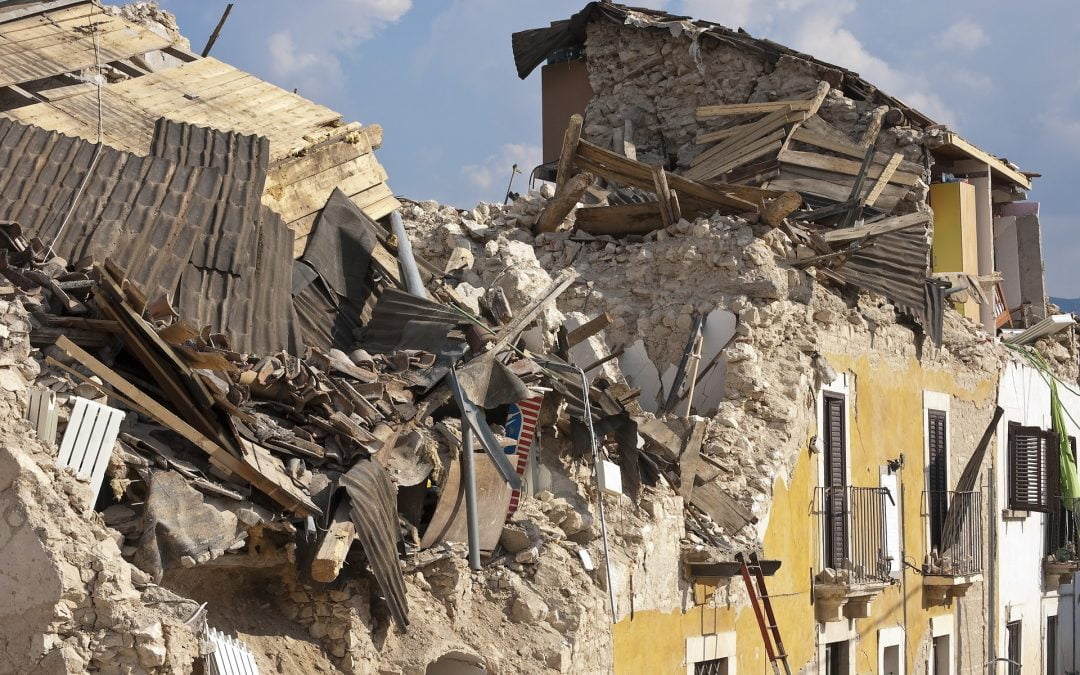 According to the U.S. Geological Survey, there is a seventy-two percent chance that an earthquake with a magnitude 6.7 or larger will strike the San Francisco Bay area within the next thirty years. Southern California has a sixty percent probability of experiencing an earthquake just as big in the same timeframe.

Along with volcanic eruptions and tsunamis, earthquakes are among the most destructive types of natural disasters. But what exactly causes them?

Everything You Should Know About Earthquakes

Earthquakes—also known as temblors—occur along areas of weakness in the Earth’s subterranean rocks that make up the crust. Ordinarily, the rock layers on either side of these zones—or faults—are held in place by friction, but when the friction is overcome by stresses, the rocks tend to slip, unleashing incredible amounts of energy that we all experience as an earthquake.

Why Are Earthquakes So Dangerous?

Earthquakes are extremely dangerous because they tend to cause quite a bit of unpredicted damage. The damage that is caused is from ground rupture, ground shaking, tsunamis, landslides, liquefaction, and fires.

Earthquake destruction begins with the violent shaking of the Earth that can rupture the Earth, triggering landslides, and turn the surface of the Earth to liquid. The damaging rumbling of major earthquakes can be felt hundreds and hundreds of miles away.

Ground shaking is the vibration of the ground during one of these natural disasters. The shaking triggers other hazards such as landslides and liquefaction—most earthquake damage results from the seismic waves passing beneath roads, buildings, and other structures.

The primary earthquake hazard is surface rupture, which can be caused by horizontal or vertical movement on either side of a ruptured fault. Ground displacement—which can affect large land areas—can severely damage roads, railways, pipelines, and structures.

Earthquakes can trigger mudslides and landslides, especially in areas with water-soaked soils. Landslides may result in falling debris and rocks that collide with people, animals, vehicles, trees, and buildings. They can also block roads and disrupt utility lines.

The shaking that comes from an earthquake can turn loose soil into a liquid during one of these natural disasters. Liquefaction can undermine the foundations and supports of bridges, roads, pipelines, and buildings, causing them to sink into the ground, collapse, or even dissolve.

An earthquake that was generated within the Pacific Ocean floor will generate a tsunami, which is a series of very long waves. Large tsunamis—which travel from the ocean floor to the surface—are dangerous to human health, infrastructure, and property. Long-lasting effects of tsunami destruction can be felt beyond the coastline.

Fires from earthquakes start when gas and electrical lines are dislodged due to the Earth’s shaking. Gas is set free as lines are broken, and a simple spark is all it takes to start a dangerous firestorm.

How Are Earthquakes Measured?

Earthquakes are measured by using instruments called seismometers that detect the vibrations caused by seismic waves as they travel through the crust. Seismic waves can be both natural—from earthquakes—or caused by human activity—explosions.

The concept of a seismometer is simple: a weight tends to stay still as the Earth moves, and the relative motion can be drawn on a reel of paper as a zig-zag line. The bigger the vibration, the bigger the zig-zag. Modern systems use electronics to give more accurate results, but the principle is the same.

These days, although the term “Richter Scale’ still persists in the media and general use among the public, scientists now use a more accurate physical measure of the size of an earthquake, known as the ‘moment magnitude.’ This measures how strong the ground is, or how much energy is needed to break it, how much actual displacement occurs, and the amount of rock that is displaced.

To give a sense of what different the magnitudes may feel like, anything above a magnitude of 5.5 can cause damage to large buildings, while anything greater than 7.0 will typically cause serious damage. Meanwhile, you’d probably sleep anything less than a 2.5, and it would likely only be picked up by seismographs.

What’s The Best Way To Stay Safe During An Earthquake?

The USGS lists safety recommendations for staying safe, as does the Department of Homeland Security. These include staying indoors—if possible—and seeking shelter under a sturdy table or desk while staying away from heavy furniture, fireplaces, and windows.

Those who are outdoors should stay away from buildings and power lines. Motorists should pull over and stop for the duration of the quake and be on the lookout for fallen rocks and breaks in the surface on the road when they resume driving.

After an earthquake, you may, unfortunately, find yourself in a situation where you and your family need to survive on your own for a couple of days. Depending on the size of the quake, power lines could be down, water could be cut off, and the local market could be closed. Prepare yourself for the unknown and put together an emergency preparedness kit or purchase one from an awesome company like Stealth Angel Survival.

The Stealth Angel Survival Earthquake Preparedness Kits have everything that you may need in the event of an earthquake. From clean drinking water and flashlights to crank-radios and first-aid, these kits are designed to be useful in disaster situations, such as earthquakes.

The truth is that earth is not as rock-solid as it may seem—it is a dynamic planet, with a lot of activity taking place underneath the surface. As scientists and researchers continue to research and study its inner workings, we may be able to better predict the severity of earthquakes before they happen. However, until then, there’s still a lot to learn, and the best thing we can do is be prepared.