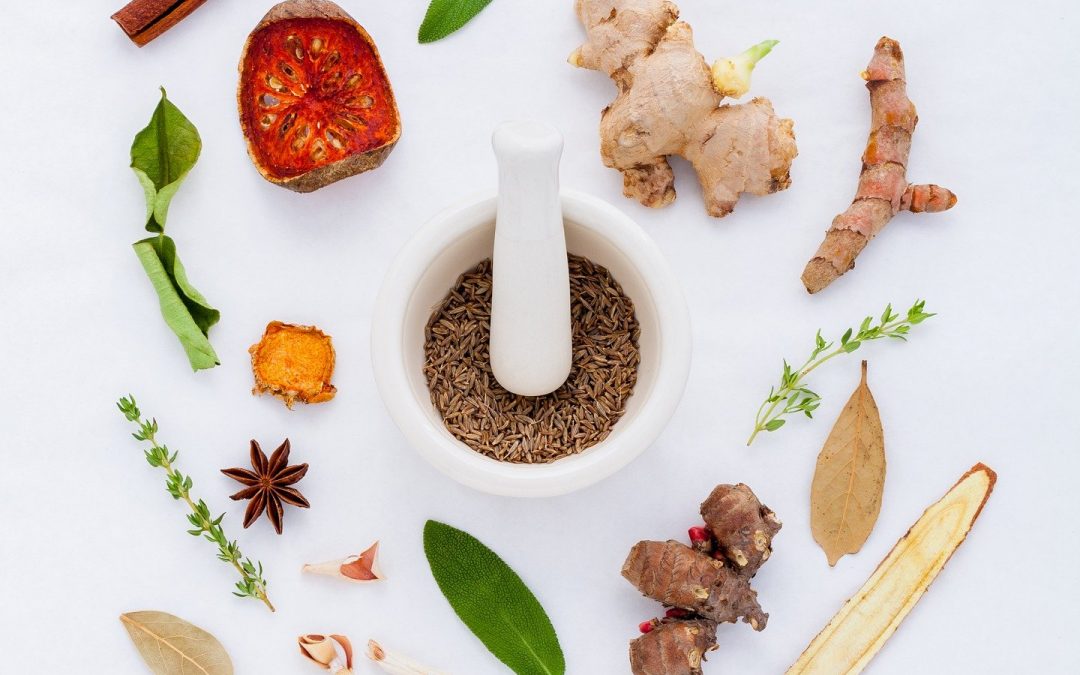 Herbs and other plants have been used for medicinal purposes for as long as human civilizations have existed.

Archaeological evidence shows that humans used medicinal plants during the Paleolithic Era. That was some 60,000 years ago.

The Sushruta Samhita, which was produced in the sixth century B.C., describes about 700 medicinal plants. As long as 5,000 years ago, the Sumerians created clay tablets with lists of hundreds of medicinal plants.

The Ebers Papyrus includes information on more than 850 plant medicines. It was written by the Egyptians around 1500 B.C.

Let’s jump ahead to more recent times. Native Americans used about 2,500 of the 20,000 plant species native to North America medicinally.

And it is estimated by the World Health Organization that about 80 percent of the population of some Asian and African countries currently uses herbs to treat disease.

Herbal and other plant medicine usage has been increasing here in North America in recent years. Mainly because scientific evidence for their effectiveness has become more widespread.

As a result, millions have been able to treat many of their own non-life threatening illnesses and injuries. Instead of being dependent on doctors. These unique gifts from Mother Nature are definitely here to stay.

The remedies provided by medicinal plants are effective, available and affordable. Especially for day-to-day, non-emergency health issues. Headaches, colds, fevers, flus and coughs can be dealt with through medicinal plants. As well as aches, pains, bumps, bruises and other ailments.

And not just for the treatment of illnesses and injuries. Plants with medicinal properties can also be used to prevent health problems. That’s due in large part to their concentration of nutrients.

How To Use Them

The most common way to use plants to treat illnesses and diseases is as a blended liquid. Usually a brewed tea and sometimes called a tisane. Medicinal teas are often very pleasing to our taste buds. But their primary function is for health purposes.

Methods of preparation include infusions. These are hot water extracts of herbs through steeping, including chamomile or mint. Also, decoctions, which are the long-term boiled extracts of harder substances including roots or bark.

Salves, which are ointments used to treat a variety of minor skin problems, can also be very useful in combatting physical maladies. The same is true of tinctures, which are extracts from plants mixed into a solution.

Echinacea. Called the purple coneflower, this herb is strong and easy to grow. It’s a prairie plant with daisy-like flowers ranging from pink to purple around a spiny central disk. Native Americans may have used Echinacea for 400-plus years. Mainly to treat wounds and infections, and as a general cure-all.

Red Clover. Many use this plant to create a tea that is said to serve as a blood thinner. It is also known for its ability to soothe coughs and boost the immune system. Plus lower cholesterol levels, improve blood circulation and reduce hypertension.

Wild sumac. This bush was used in many different ways by Native Americans. The roots and bark were used for fever, colds and bladder inflammation. The leaves were utilized for rashes and sore gums. The plant’s berries treated constipation, and the milky substance from the stems served as a salve on wounds.

Yarrow. This herb with spicy, ferny leaves produces beautiful flowers in red, yellow or white tones, grouped in flat clusters. It is reported to stop bleeding by chewing the leaves, or crushing them with the flowers and then pressing them against the wound. Some think it’s helpful for high blood pressure and poor circulation. As well as other conditions.

Feverfew. Featuring small flowers that look like daisies, this plant’s leaves can be eaten fresh. But they are often combined with honey to offset the bitter taste. Feverfew has been used for fevers, toothaches, headaches and general pain. It’s also said to help relieve depression.

Mullein. The roots, leaves and flowers of this plant all serve medicinal purposes. The roots are known for aiding the urinary system. The soft leaves are reported to fight off infections, relieve pain and reduce swelling.

Slippery Elm. This plant can be ground into a powder and mixed into a tea. Or mixed with boiling water to develop a paste for topical usage. Native Americans are said to have used it for coughs, sore throats, heartburn and diarrhea. Plus minor wounds, burns and skin inflammation.

Blackberries. Because they are filled with antioxidants, the fruit from blackberries can help relieve anemia. As an infusion, the fruit is said to moisten dry skin. The roots are reported to aid the digestive tract, and serve as an expectorant. The leaves are said to relieve bleeding gums and mouth sores when chewed.