Can You Drive Safely During Severe Spring Storms? 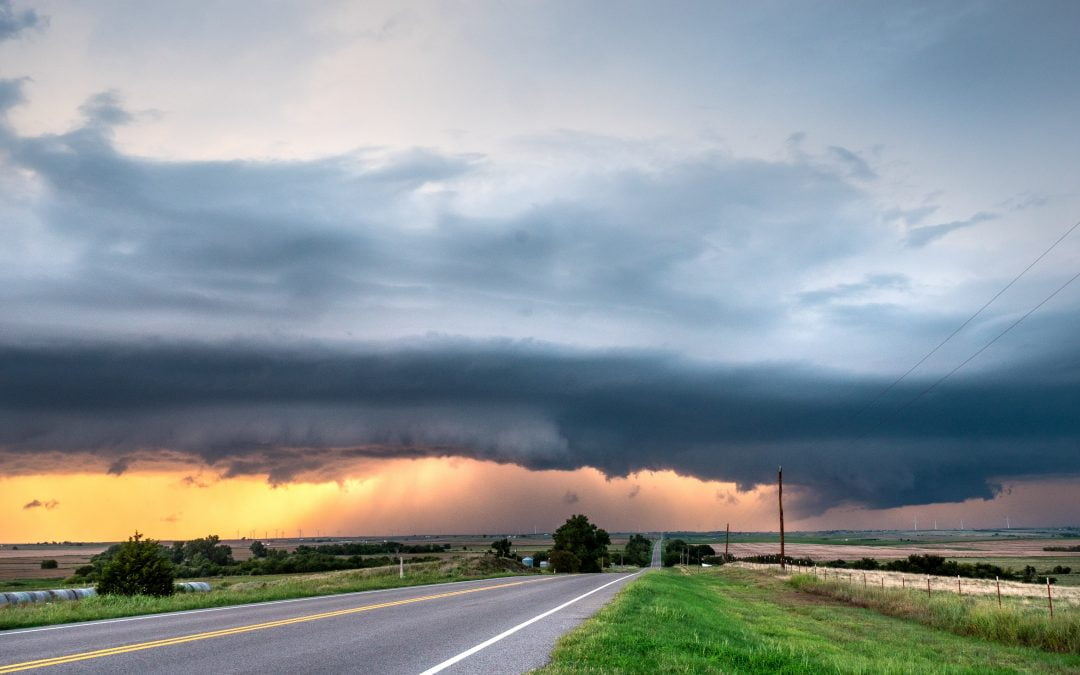 Many of us have experienced extreme weather over the past five weeks. From the deep freeze in the Plains and upper Midwest and heavy snowstorms in the Northeast, to ice storms and deadly cold in the Deep South.

We all breathed a sigh of relief when the weather finally improved. But is this merely the calm before the next storm? History would say “yes.”

The approaching spring season is traditionally when we get deluged by dangerous weather. That means more snow and ice to the north. And thunderstorms and tornadoes to the south.

Extreme spring weather is inevitable. And it’s very possible some of us will be driving when it hits. Knowing in advance how to handle it when it happens might be the key to staying safe.

If you’re driving when a severe thunderstorm strikes – and we’ve all been there – the safest thing to do is turn on your hazard lights and pull over to the side of the road to wait it out.

If pulling over is not an option due to the lack of a shoulder, slow down as much as possible. Keep your windshield wipers at their maximum speed.

Visibility will be very limited, but watch for large puddles of water. They might be deeper than you think. And they could be filling nasty potholes.

Also be aware that your vehicle’s tires will probably have less traction than normal. It will take you longer to stop than usual.

Depending on the temperature as snow falls, it will have different consistencies. Softer snow (when temps are higher) is easier to drive on, even if the flakes are bigger.

Colder temperatures often produce smaller flakes. But they can be much more difficult to drive on because they’re still frozen while landing.

Slow down and increase the distance between you and the vehicle in front of you. It might take you twice as long to stop as normal.

If the snowfall becomes excessive, it can cause whiteout conditions. Pull over if you can, but keep your hazard lights flashing to warn other drivers of your location.

Have you ever tried to stop your vehicle while on a patch of ice? There’s almost nothing more frightening than applying your brakes but continuing to move.

Sometimes you can see ice in advance and slow down before you reach it. But black ice is virtually invisible. You won’t know you’re on it until you’re on it.

Slamming on the brakes won’t help. If you have an older car, pumping the brakes might help somewhat. But newer cars have antilock braking systems, so that’s not necessary.

Either way it’s going to be difficult to slow down. Steer your vehicle in the direction you want it to go. As soon as you feel it slowing down, you should be able to regain control.

High winds are another concern during extreme weather. And those winds can cause all sorts of problems as you’re driving.

The lighter your vehicle is, the more likely it will be pushed to one side or the other during winds gusts. Focus on staying in your lane.

Try not to drive side by side with another vehicle. Slow down and let them pass you. A wind gust could send either one of you into each other.

Another thing to watch for when winds are blowing fiercely is flying debris. This can take many forms – from paper products to tree limbs – so watch out.

If a tornado is in your immediate vicinity, don’t try to outrun it. It could switch directions quickly.

Pull over to the side of the road. If it’s safe to get out of your vehicle and inside a nearby building, that’s your best bet. But if that’s too dangerous or no building is near, get out, find the lowest part of the ground, lie down and cover your head with your hands.

Do not seek shelter under a bridge or under your car. All that will do is increase your chances of getting crushed by something heavy.

Regardless of what type of extreme weather you’re trying to navigate through, one of the scariest things to deal with is a flash flood. Some motorists have actually drowned when a flood has swept onto a road on which they were driving.

According to the National Weather Service, an average of 75 people die in the U.S. from flash floods each year. And about 50 of them are in vehicles when they encounter the flood.

Here are a few tips for trying to avoid a flash flood while you’re driving.

The absolute best way to avoid the dangers of driving during extreme weather is to not do it. If it looks like you may encounter extreme weather, stay where you are until it passes.

But that’s often easier said than done. Sometimes you just can’t avoid it. And sometimes a storm will seemingly come out of nowhere.

So, prepare your vehicle in advance for this type of emergency. Make sure you have high-quality tires with plenty of tread.

In addition, keep your gas tank as full as possible. And make sure all your fluid levels are where they should be. Running out of windshield wiper fluid at the wrong time could be deadly.

Food and water are crucial

Another important consideration about driving during extreme weather is this. None of us knows how long we might be stranded when it happens.

We might have to wait out a storm for hours. And even after the storm passes, it might not be possible or safe to continue. At least until emergency crews have cleared downed wires and debris from roadways.

That’s why it’s crucial to always keep fresh drinking water and nonperishable food in your vehicle.

They will supply the sustenance you and your vehicle companions will need to get through an emergency situation.

Extreme weather is going to happen this spring. And you may be driving when it occurs. Being prepared for it can make a big difference.