Do You Know What FEMA Stands For? 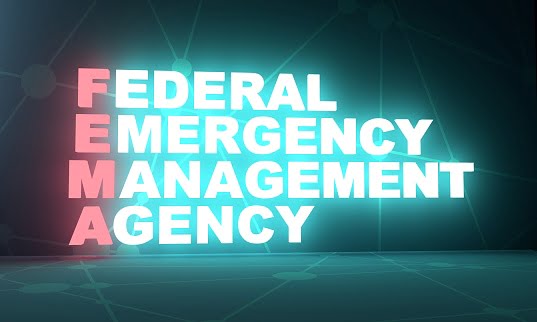 Have you ever heard an acronym used so many times that you forgot what the letters stood for?

Even words such as scuba, radar and sonar are spelled by what their letters stand for. Scuba is Self-Contained Underwater Breathing Apparatus. Radar is Radio Detection and Ranging. And sonar is Sound Navigation and Ranging.

Another acronym we hear frequently is FEMA. We hear it so often that perhaps we forget it stands for Federal Emergency Management Agency.

A mission of disaster response

You might have known what the letters in FEMA stand for. But you may not be aware of the agency’s history, mission and activities.

Today I’d like to tell you about them. Then I’ll address the question of whether we can count on FEMA in a disaster. (I’m pretty sure you already know the answer to that one.)

FEMA was established in 1979 under the direction of President Jimmy Carter. The agency’s primary mission has always been the same. To coordinate responses to disasters that overwhelm local and state resources.

FEMA must be invited

In order for FEMA to step in and help, a state’s governor must declare a state of emergency. And request assistance from the U.S. president.

The exception is if a disaster occurs on federal property or to a federal asset. Examples are the 1995 bombing of a federal building in Oklahoma City. And the 2003 Space Shuttle Columbia disaster.

Whenever it is called in, FEMA provides on-the-ground support of disaster relief efforts. It also provides experts in specialized fields to local and state governments. As well as funding for rebuilding efforts.

In addition, FEMA issues funds for the training of response personnel. Throughout the country and its territories.

The first time the federal government provided relief after a disaster was in 1803. Congress extended a deadline for merchants to pay tariffs on imported goods. This followed a series of fires in Portsmouth, New Hampshire.

Other examples of federal assistance in the 1800s followed the Great Fire of New York in 1835. And the collapse of John T. Ford’s Theater in 1893.

Last century, feds stepped in with assistance during the Great Depression. As well as with road reconstruction and irrigation projects after severe flooding.

As you can imagine, 2020 was an extremely busy year for FEMA. For the first time, the agency simultaneously responded to disasters in all 50 states. As well as in Washington, D.C. and five U.S. territories.

There were 230 presidentially declared emergencies and disasters last year. The previous record was 128 in 2011. The agency sent out more than 11,000 alerts over its Integrated Public Alert and Warning System.

More than 1,200 FEMA employees supported earthquake response efforts in Puerto Rico. Over 5,000 employees responded to record-setting hurricanes and other storms. Another 1,200 were deployed to assist in wildfire relief efforts.

A major portion of FEMA’s time and budget went to coronavirus pandemic response in 2020.

Last year marked the first time FEMA has led an operation response to a pandemic. The agency served as a member of the White House Coronavirus Task Force.

For the first time, a nationwide emergency was declared by the president. Disaster declarations during March and April 2020 numbered almost twice as many as in any two-month period the past 20 years.

FEMA coordinated the shipping and/or delivery of the following items last year:

There have been many criticisms of FEMA through the years. Mainly due to response times and the quality of assistance. Some of the loudest criticisms came during and after Hurricane Andrew in 1992. And Hurricane Katrina in 2005.

As well as after a Buffalo, New York snowstorm in 2006. And Arkansas tornadoes and California wildfires in 2007. Plus Hurricanes Maria and Harvey in 2017.

And, of course, during the coronavirus pandemic in 2020. The agency was accused of redirecting supplies meant for one state to another. As well as from the Veterans Health Administration to the Strategic National Stockpile.

Let’s put those criticisms aside for now and face a stark fact. No one can be everywhere at once. No budget is unlimited. And nobody’s perfect.

But even if FEMA were the greatest agency in the world and had an unlimited budget, disasters would put people in a bad situation until help could arrive.

This is why it’s crucial to become self-reliant and prepared. It has been proven over and over again that we can’t count on any agency – local, state or federal – to save us in times of distress.

We can only count on ourselves. And that requires a mindset of preparedness.