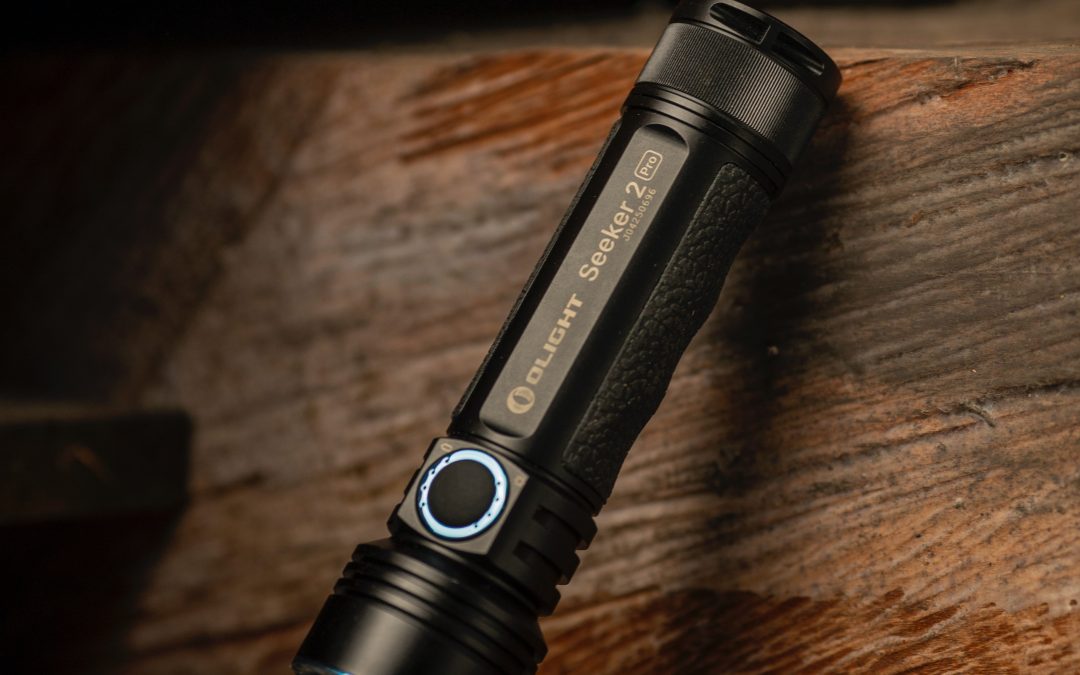 Everybody understands they need at least one flashlight in their home. Many realize they require more than one.

Having a flashlight in the bedroom, kitchen and basement is a good idea because you never know where you might be when the power goes out. And having one in your vehicle is a no-brainer.

Owning multiple flashlights also makes sense because the batteries in one might die just when you need it most.

Not as many folks realize they need a tactical flashlight. They are only focused on the light a flashlight can provide. They forget about other potential uses. Including ones that could save a life.

I can see clearly now

Today my goal is to convince you that you need at least one tactical flashlight in your home. As with standard flashlights, it’s better to have several. But let’s start with what one can do.

Do I need to mention that a reliable flashlight will help you see your way in the dark? Probably not. But let me remind you that it can be a big help both inside and outside your home.

Inside, it will help you find the correct switch on the fuse box in your basement. Outside it will light your path when you’re walking the dog at night. Or even if you need to check on a noise you heard from the yard.

Can’t a regular flashlight do those things? Yes, but tactical flashlights are brighter than standard flashlights and light from your cellphone. I don’t know about you, but my eyes aren’t what they used to be. I can use the stronger light in the dark.

Sending out an SOS

If we knew exactly where we’d be and what we’d be doing when a crisis occurred, preparedness would be pretty easy. But we don’t, and it’s not. That’s why we must prepare for a variety of scenarios.

We may find ourselves in a situation where we’ll only survive if we’re rescued. And a tactical flashlight can help due to its signaling abilities.

High output and strobe capabilities make a tactical flashlight one of the best signalizing devices around. A high-powered beam can be seen from a great distance.

The SOS signal on your tactical flashlight is universally recognized. Anyone seeing it will know you need help. Some families set up signaling codes they can communicate to each other with flashlights. That comes in handy when it’s not safe to yell.

Speaking of getting rescued, there are a couple other things a tactical flashlight can do that could save a life.

If heaven forbid your vehicle were to plunge into water and you had a tactical flashlight in your glove compartment, it could help you escape. How? The steel hammer could bust out a jammed window and the steel blade could cut a seatbelt.

If your tactical flashlight includes small solar panels, you can charge it with the free power of the sun. And if it is also a power bank, you can charge other electrical items. Including your cellphone, which you’ll need in an emergency.

If you have to find your way, day or night, a tactical flashlight’s compass will come to the rescue. And the flashlight’s magnet will allow you to stick it on your car or truck, pointed directly at the flat tire you’re changing.

Blinded by the light

If I could have any weapon I wanted in my hand, should I be suddenly attacked, a flashlight might not be among my top three. But if it were what I had in my hand at the time, I’d be glad to have it.

There are a couple ways you can defend yourself with a tactical flashlight. First is shining the brightest beam in your arsenal into his eyes.

Your attacker’s disorientation might be your chance to take off. Or possibly counterattack if that seems like the better option.

If you do need to go on offense, you might only get one shot. So strike your assailant in a vulnerable spot with your flashlight as hard as you can. A standard flashlight might break apart with the impact. But a tactical flashlight won’t.

Checking all the boxes

Of course, not all tactical flashlights can do everything I’ve described. But the solution I have for you certainly does.

The HaloXT Tactical Flashlight from 4Patriots is as sturdy as they come. Despite the fact that it’s small, lightweight and easy to handle.

It’s made from aluminum alloy so it’s very durable. It knows how to handle abuse. You can drop it or bang it, and it will still perform perfectly. It’s weather-resistant, shock-resistant and corrosion-resistant.

Now, the HaloXT Tactical Flashlight with its nine light functions and small solar panels will keep working even if you drop it. But you don’t want to drop it while you’re using it. That’s why we’ve given it an anti-slip handle and an adjustable wrist strap.

I hope by now you’re convinced that you need a HaloXT Tactical Flashlight. Or perhaps several of them. Here’s how you can get yours.