Self-Defense 101 – When Flight is NOT an Option 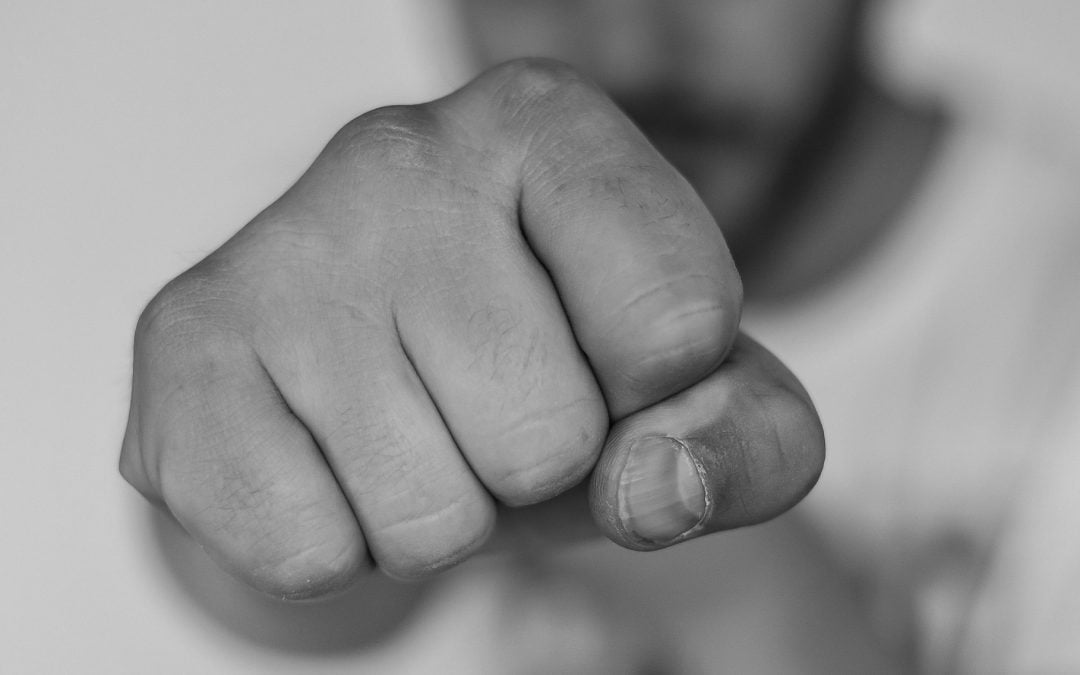 You may be the type of person to avoid conflict, and a physical confrontation is best avoided in most cases.

But sometimes, it could be your only option.

These are just a few examples of when you may be required to physically react to a situation. Where the only option is to fight.

My intent with this article is not to create an expert in hand-to-hand combat. My intention is to give some very basic and effective techniques that can be used if you have to fight to stay alive.

As with medical training, I highly recommend you take some form of self-defense training. It will not only help you should you find yourself in a life-threatening situation. It will increase your confidence, physical fitness and discipline.

The act of fighting is quite obviously a very violent physical battle. That said, before contact is made or the first strike lands, fighting is 100 percent mental. This goes back to a concept I often stress: the entire foundation of survival is a mindset.

Confidence and posture are two things that will mean the difference between walking away undeterred or taking a life-threatening beating. Attackers tend to prey on the weak; don’t present this target.

The look of someone approaching with their chest out, shoulders back and a confident facial expression will not be nearly as alluring to an attacker as someone hunched over and staring at the ground.

Situational awareness is your best friend in pre-fight or even preventing a fight. Stay away from danger areas like alleys, dark parking lots or garages, high-crime sections of the city, and groups of people loitering.

Use situational awareness in your immediate area when you find yourself confronted by one or more individuals:

Distance is key when it comes to avoiding a fight. Distance from dangerous areas and distance from potential attackers. Distance will give you options and the ability to see things unfold. You can create distance through your movement or create distance with an object like a pole, broom, large stick or even an extended arm (use caution not to get grabbed).

The Fight – Violence of Action: the unrestricted use of speed, strength, surprise and aggression to achieve total dominance against my enemy.

The techniques in this article will be useless unless you first totally commit to violence of action. Don’t be afraid to hit first and when you do, hit hard. You could be in a battle for your life and the actions you take in the next few seconds may determine if you live or die. MAKE IT COUNT!

As with most things survival, fighting is a set of priorities that need to take effect at lightning speed.

On the human body, the greatest number of vulnerable points in the smallest area are from the clavicle or collarbones – up. This will be discussed more thoroughly later in this article but it is important to convey that you must protect these vulnerabilities, before you attack them.

This is the ideal position to protect much of your upper torso while creating a barrier around your neck, face and head. This will also allow you to strike and immediately return to this defensive/protective position.

Unless you are very good at wrestling or Jiu Jitsu, the best place to be in a fight is upright and on your feet. This is especially important if you are fighting more than one attacker because it will give you the ability to move around during the attack.

A moving target is much harder to hit than a static one, so stay mobile. Circle often and keep your attacker(s) in front of you. Don’t allow them to surround you.

If you should fall to the ground, curl up on your side and cover your head while delivering kicks to your attacker’s legs and knees. As soon as possible, get back to your feet.

Again, back to violence of action. Make every blow count and you could walk away, or

be carried away. Punch, kick, elbow, gouge, bite, stab, rip, crush – you name it, you should do it, because this person is trying to take your life. The only rule in fighting is to live.

Vulnerable points exist all over the body but again, the greatest number of these are from the clavicle or collarbones – up.

Within this relatively small area of the neck you have:

Your attacker may be three times your size but if you take away even one of these functions the fight is OVER. Even a 300-lb man will stop fighting if he can’t breathe, which is why you must concentrate the full force of your attack on the face and neck area.

Hands will be your most effective tools in a fight. Make a fist as described above and

deliver a punch so you are ideally striking with the knuckles of the index and middle finger. Then immediately return the hand to the defensive position by the face. You will increase the power of a punch by twisting your mid-section in conjunction with the punch being thrown.

In addition to the above punches, your hands can also be very effective when clawing or jabbing with fingers. An open palm strike can be devastating.

Feet can be used in a variety of ways during a fight. There are numerous kicking techniques that can stop a fight before it even starts. But for the purpose of this article, I would strongly recommend that you use your feet to stay upright and move. Save the spinning back roundhouse kick to the ear hole for the professionals.

Elbows are very effective and can be used when tight against your attacker. If performed properly, not only will you strike when slashing in, but you can deliver a second and equally devastating blow by back slashing (returning the elbow to the original position).

Knees, like elbows, can inflict great damage while tight against an attacker. The very best method for employing knee strikes is to grab the back of your attacker’s neck with both hands, drawing them toward you each time you deliver a knee strike. Be aware that using this technique may cause you to sacrifice some stability because you will only have one foot planted on the ground during each strike.

Chokehold (aka – “sleeper”) is a compression grip applied to the throat to disrupt circulation (carotid arteries) and breathing (windpipe), which ultimately causes the person to lose consciousness.

Although this is the last step in fighting, it needs to be your first priority. Get off the “X.” You may have struck first and hardest, and potentially be winning the fight. But don’t stay engaged if you can escape. The moment you have an opening – take it and leave the scene because fights can change instantly and drastically.

As I have aged (matured), I have learned many valuable lessons. One of which is when big kids get in fights, three things can happen:

I would NEVER tell someone not to defend themselves. I do, however, subscribe to the following policies:

Follow these rules, get some professional self-defense training, avoid being a target, and you’ll be confident to defend yourself when confronted with a life threatening situation.