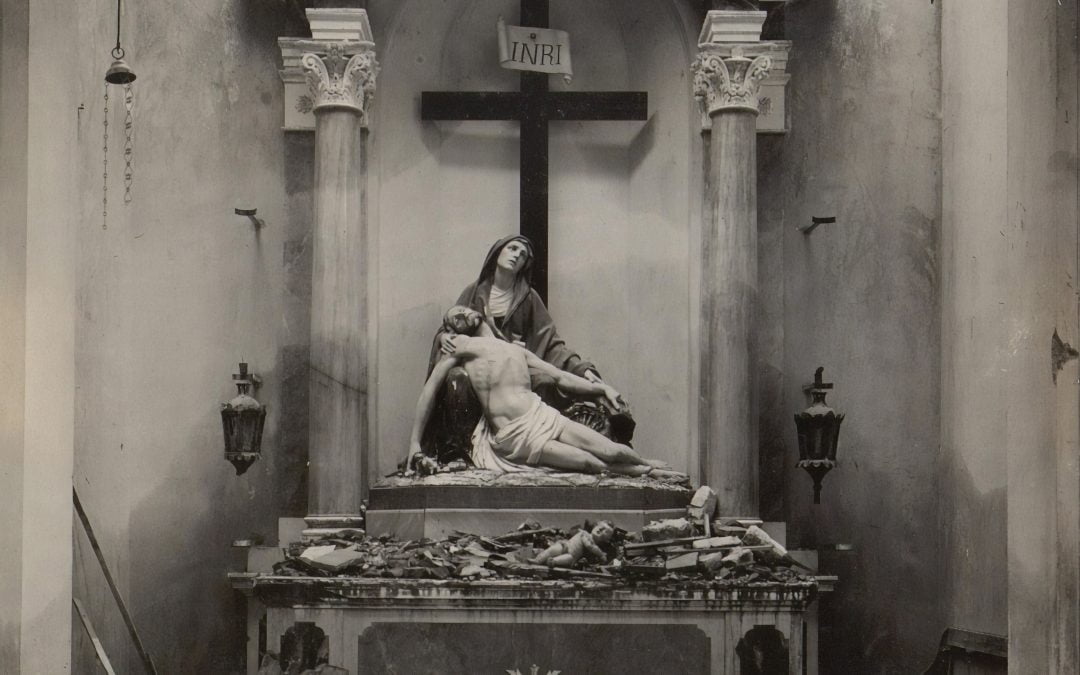 At 6:30 on Christmas morning, some of our 4Patriots employees woke up to a huge explosion. It occurred in downtown Nashville, Tennessee.

A suicide bomber detonated a recreational vehicle on Second Avenue. Between Church and Commerce streets.

No one else died from the blast that was felt miles away. But eight people were injured. Including two police officers. They had spent the previous hour evacuating residents.

More than 40 businesses were damaged. Including one in a nearby building that collapsed. The explosion set cars on fire and blew trees apart. Debris was found two blocks away.

Following the detonation, Nashville Mayor John Cooper made this statement. “This morning’s attack on our community was intended to create chaos and fear in this season of peace and hope.

“But Nashvillians have proven time and time again that the spirit of our city cannot be broken.”

Suspicious RVs were also investigated in other cities that day. Just in case the bombing was part of a larger scale attack.

Including in Cincinnati, Ohio and Lexington, Kentucky. But no other connections to the incident were discovered.

We may never learn the full extent of Anthony Quinn Warner’s motivation. But the attack certainly appeared to be more about destruction than killing or injuring people.

In fact, the bomber recorded and played a warning for people to stay away from the vehicle. Those near the scene said they also heard gunshot sounds. And, oddly, a recording of the song Downtown by Petula Clark.

Warner parking the RV just outside an AT&T network hub could be telling. In addition to his bomb causing considerable damage, he might have aimed for a communication breakdown.

If those were his goals, it looks like he succeeded. AT&T experienced service outages across the country. Especially in middle Tennessee, Kentucky and Alabama.

Following the blast, flames broke out in the windowless, red brick AT&T building. And three feet of water was standing in the basement. Fire and flooding damaged their backup power generators.

The telecom giant’s facility includes connection points. They are for regional Internet and wireless communications. The building is located blocks away from the company’s better-known office tower.

Some of these communication disruptions went on for days. A number of area stores temporarily switched to cash-only transactions. Due to credit card systems being out of service.

It appears Warner acted alone in what some have called domestic terrorism. Authorities originally said he was never on their radar.

But later it was revealed a girlfriend of his and her lawyer told police in 2019 that Warner was making bombs in his RV. An investigation at the time did not find any evidence of the claim.

The bigger fear here is that the bombing could give our enemies ideas. Local and state officials referred to it as a “wake-up call.” When multistate communications are disabled by a single explosion, it reveals vulnerabilities.

Douglas Schmidt is the Cornelius Vanderbilt professor of computer science at Vanderbilt University. He described the bombing and damage as “a single point of failure.”

“That’s the Achilles heel,” he said. “The weak link. When one thing goes wrong and everything comes crashing down.”

Schmidt also said changes need to be made as soon as possible.

“Having a critical facility in a major metropolitan area next to a street without any other protections than a thick wall is crazy,” he added.

“It’s just very concerning that we have 9-1-1 centers go down. (And) lots of emergency services losing communications.”

The Nashville AT&T building is hardly the only one in the country without enough protection.

“The way the networks are developed across the U.S. leads them to be susceptible to this type of event.”

Terrorist attacks, cyber attacks and natural disasters can cause widespread economic damage. They can send ripple effects across an entire region’s digital infrastructure.

A Need for Redundancies

He is vice president of strategic communications and external affairs.

He said, “All of us in town are struck by the extent to which this attack affected so many things across the region.”

Experts say the bombing reveals the need for businesses to build redundancies into their networks. That would allow one service to take over when another one goes down.

Eventually, software should replace much of the physical infrastructure for communications. Until then, vulnerabilities will exist.

Having a reliable way to receive information in any emergency situation is crucial.