How to Handle An Active Shooter Incident 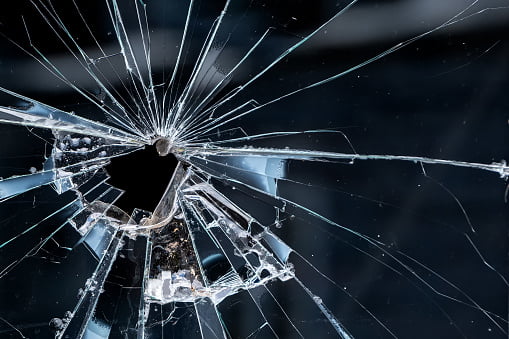 We unfortunately live in a world where public shootings are occurring on a weekly basis. Malls, markets, and schools—we expect to go to theses place to stroll, shop, relax, or learn in environments that are relatively secure. One of our great freedoms is to go about our daily lives without fear. However, these incidents, including the 1999 Columbine High School shooting that killed 15, the 2005 Tacoma, Washington Mall killing that took 7, or the 2007 Westroad Mall incident in Omaha, Nebraska with 9 dead, or the Virginia Tech massacre in that same year when 31 died, and 2011 slaughter of 85 innocents at Norwegian youth camp… and on and on and on… has proved that nothing can be taken for granted.

Police and S.W.AT. teams (Special Weapons And Tactics divisions of law enforcement units) refer to this crime while it’s under way as an “Active Shooter Incident.” In most cases, the perpetrators of these actions pick “soft targets,” such as malls, markets, and schools with the full intention of having unrestricted access and time to claim as many victims before they are captured or gunned down. Soft targets generally refer to any public place where there are large groups of people, predominately women and children, or young adults that offer little or no security and are unprepared for defense against individuals with massive firepower and the sole intent to kill and cause mayhem.

When going to a mall, market, or even during your first days of class at a new school, make a mental note of exits. Secondly, observe the whereabouts of any large items or objects that seem sturdy enough to provide cover, if needed, and file this information. In some malls, for example, there may be a lounge area with furniture, or sculptures, or columns that are placed at regular intervals. In a school, are the desks bolted to the floor? Do the windows open? Thirdly, look around at the people you pass while in public places or when you are among crowds. If you were at a mall, pay special attention to individuals who don’t seem to have the demeanor of the average shopper. Many times, these shooters fancy themselves as some unhinged military imitators, and might be wearing army boots or fatigues, though are clearly not someone in active duty.

Upon entry of soft target checklist:

People who have never heard the sound of gunfire often compare it to a car backfiring, or a loud firecracker. But the discharge of a firearm in a closed environment, such as a mall or a classroom, is distinct and will leave no question that an assault of a deadly nature has begun.  What you do in the first few seconds will determine if you live or die.

You must remove yourself from the immediate vicinity and away from the source of gunfire, which is referred to as the kill zone or the “X,” and do so without hesitation. In tactical terms, it’s essential to get out of the line of fire during any lethal encounter or if engaged in a self-defense shooting incident. Simply, you must do whatever it takes to get clear of the “kill zone,” if you expect to have any chance of survival or retaliation. If you survive the first 10 seconds of this type of ambush you have a much better chance of making it out alive.

In many of these shootings, with the exception of the particular intended target, it’s by-standers who froze that were added to the casualty toll. Unless you are ordered to “shelter in place” do not freeze or burrow in—react and move immediately.

How to get off the X

Move! Here’s an incidence when the initial response is to use the flight instinct, though with forethought. Nevertheless, you must move! Of course, there is little time to think, but it’s best to make this a calculated flight, such that you don’t turn yourself into a more visible, and attractive running target, by scrambling in panic only to wind up closer to the line of fire. This flight must be for the purpose of getting clear of danger—off the X—while not flagging your position even more so. Usually, you’ll instinctively move in a route away from the shooter, and preferably in a direction that is opposite from his focus. Hitting the floor or lying flat might be the first thing to do, but don’t just cover your head and hope for the best. Immediately, you must begin moving, though staying low. If able to dodge or dive for one of the objects you had earlier identified as cover, while the shooter is aiming somewhere else, make that move. Get to your cover while staying as low as possible, though do it with maximum purpose.

Cover is defined as something that will stop bullets, such as a concrete wall or a large potted plant. Concealment may hide you but will not stop bullets. For example, if outdoors, a rock is cover, while a bush offers concealment. In a shopping mall, a rack of clothing might be used for concealment. Whatever you choose as cover or concealment, avoid bunching up with too many people. People huddled together in these circumstances will create a larger and more attractive target; one bullet can penetrate several people.

Further from the X

Continue to move AWAY from the shooter, bounding from cover to cover.  At first, get to covers by making small bounds, but as your distance from the shooter increases, you can increase the distances you travel between covers.  Start by low crawling and the further you are away from shooter, the faster you can move, until even sprinting, if the situation warrants it.

Moving in a shooting environment.

You have cleared the kill zone but there is still a good chance of being shot at.  Maintain a lower profile (slightly hunched over, weight over balls of feet).  Continue to move from cover to cover.  Utilize shadows or “dead space” areas that are obstructed from view.

Once you have successfully cleared the kill zone, you need to quickly decide the best way to either gain the greatest distance from the shooter, or ultimately exit the building. Now remember where you saw the main exits. Fire exits doors in malls, and in many public buildings, are required by law to be at the rear of building or at the back of the stores. Continue to move, though take no chances, since the shooter might be following you. Put as many obstacles between you and danger, such as by closing or locking doors as you go, or by tumbling merchandise to the ground, making it harder for the shooter to trail you, if that is his or her intention.

If, and only when you feel that you are at a location of relative, short-term safety, then gather yourself. When you are in a defensive position that is well hidden and away from shooting, take a moment to calm yourself and keep your mind alert. Now is the time for the next phase of survival.

Step 2: Take a few seconds to regroup and regain focus.

Part of this assessment step is to take inventory the resources you still have at hand and that might help you further. Is there anything that can be useful to break a window, for example, or something to act as a transportable shield? Is there a vending machine, or a water cooler nearby? You have just been through strenuous physical activity and very well might require more effort until you are safe.

Success in warfare often comes down to the side who knows their battlefield better. If a mall or school turns into the battlefield, knowledge of the environment will be of great advantage. If you are in a familiar environment, such an office building where you work, and where your previous situational awareness provides knowledge of exits, this is the time to figure out where you are. During your time getting off the X, you might now find yourself in a place somewhat different than expected, but, in general, is still familiar. Most buildings and stores use repetitive construction, such as repeating floor plans. You can make a representation of your logistics on the floor in front of you by using items to represent the area.  If in an unfamiliar place like a mall, and your cell phone still works, get a map from the website, or use evacuation placards or signs posted to walls to get your bearings.

Sometimes, the only way out is to fight. There will be times when your only course of action might be limited to taking on the shooter. As cold-blooded and mechanical as these shooters seem, especially with their firepower in their hands, they are usually just waiting for the bullet that will take them down. It’s best to try to capitalize on their heightened nervous state and attempt to set up an ambush.

Encountering Law Enforcement:  If successful and you’ve made it out alive, you surely don’t want police to think you are the assailants, and die from this form of “friendly fire.” As in the military, law enforcement are taught to look at the hands of anyone first.  If the hands are free of weapons, then you aren’t considered a shooting threat. So, when you are about to exit and think there is a high probability of encountering law enforcement, you must empty your hands. Put all weapons on the ground and away from you. Place hands high in the air and yell out “friendly’s—we are unarmed.” Keep repeating this, and loudly.  Do exactly as you are instructed to do at this point; there will be time once police have you in a non-threatening posture, for them to realize that you are the survivors.