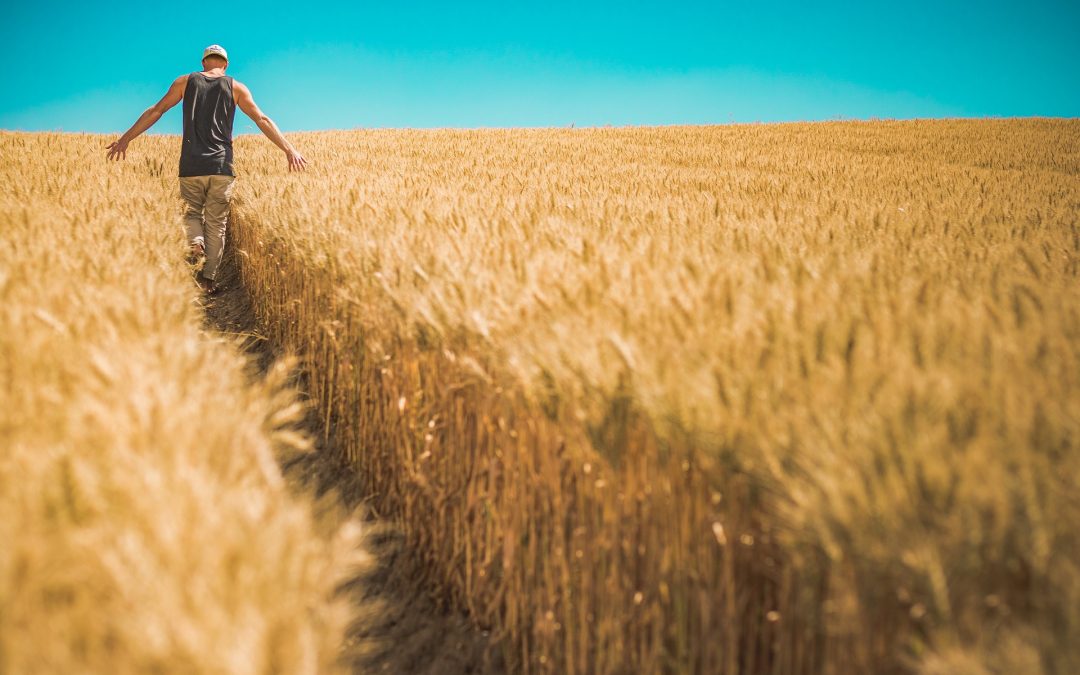 In 1935, there were approximately 6.8 million farms in America. By 2019, that number had dwindled to just over 2 million.

There were several reasons for the drop-off in the number of farms from 1935 to 1975. Among them was the dramatic rise in non-farming jobs in our industrialized society.

Another was the increase in the sophistication of farming equipment. Which meant more food could be grown and harvested in a shorter amount of time on fewer farms.

According to the American Farm Bureau, the average American farmer feeds about 165 people per year. Forty years ago it was 115 people.

The amount of land and labor used in farming might have declined from 1935 to 1975. But the total farm output nearly tripled between 1948 and 2017.

Gross farm income reflects the total value of agricultural output plus government farm program payments. The gross cash farm income in the U.S. is forecast at $451 billion in 2021. That’s compared to $341 billion 20 years ago.

About 90 percent of American farms are considered small (less than $350,000 in gross cash farm income).

Almost everything ties back to farming

These days, only about 2 percent of Americans are farmers. That’s even fewer than the number of federal prison inmates.

But it can be convincingly argued that farms and farmers are needed now more than ever. A vast majority of the food we eat, the clothes we wear and the products we use can be tied back to farming.

Here are just a few examples.

From the farm to the grocery store

Iowa is a great example of why farms are so important. The Hawkeye State leads the nation in the production of corn, soybeans, eggs, hogs and more.

Agriculture accounts for more than 418,000 jobs in Iowa. And 33 percent of the state’s total economic output comes from agriculture.

But there are many other farming states. Farms and farmers are crucial across America. Mainly because they produce much of the food we eat.

This is why we have a wide range of safe and affordable choices at grocery stores. Americans spend only about 10-15 percent of their disposable income on food. That’s much less than the percentage in many other countries.

Meeting the needs of Americans

Farmers are also instrumental in significantly reducing soil erosion. And they voluntarily restore millions of acres of wetlands to help protect our water supplies.

They are also involved in ethanol and biodiesel production. These fuels burn cleaner and keep gas affordable. They allow us to import less oil from overseas.

Farms also make it possible for other businesses to thrive. Such as distribution companies, trucking companies, grocery stores and restaurants. And they produce significant amounts of electricity through wind power.

Sonny Perdue served as U.S. Secretary of Agriculture during the Donald Trump Administration. Here’s what he says about American farmers.

“Our farmers are resilient. And during these uncertain times, they are still working, day in and day out, to produce what’s needed for our growing population.”

Are farmers a dying breed?

All that is true. But the sad fact is that the average age of farmers is growing higher.

Over the next decade, one-half of America’s farmers and ranchers may retire. And fewer young people are stepping up to take over than ever before.

This is a concerning issue. Especially because more and more Americans are suffering from food insecurity.

Globally the problem is even greater. Some experts predict food production will need to grow by 70 percent before 2050 to keep the world fed.

Many reasons to admire farmers

Farmers are the backbone of our country. They work hard in the searing heat, the bitter cold and everything in between.

They are to be admired for their perseverance. Thousands of farms have been owned by the same families for 100 years or more.

Their commitment to producing the nation’s food and caring for their land and water make it possible to sustain future generations.

There is plenty more to admire about farmers. They are a reminder of the values that have helped make our nation great. Like tenacity, perseverance, independence and character.

We should be very thankful for our farmers. And we should hope and pray that many young men and women will aspire to this noble profession in the coming years.