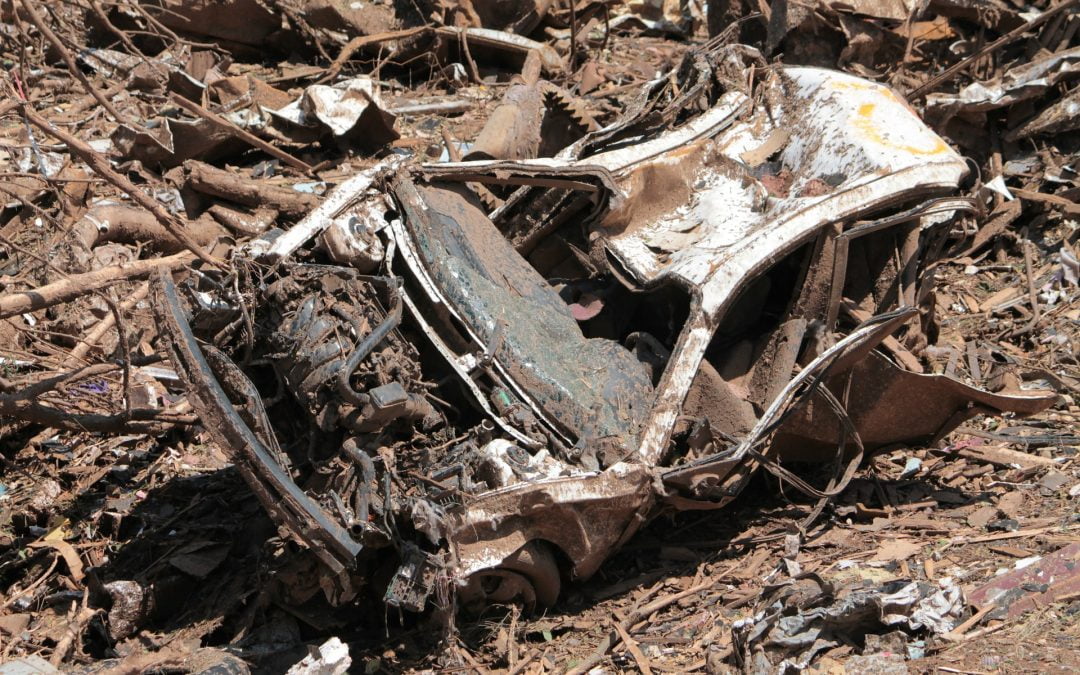 Wow! That year went by quickly.

Isn’t it amazing that the more traumatic an event is in your life, the more recent it seems to be?

One year ago today, Nashville, Tennessee where we are based got slammed with deadly tornadoes.

This was just one of many events that made 2020 one of the most challenging years in our lives. And it’s one that stands out clearly in our memories.

The tornadoes and other storms roared into middle Tennessee late in the evening of Monday, March 2 and prior to dawn on Tuesday, March 3. No warnings were issued prior to the first two tornadoes.

Most of us were sound asleep when they struck. But before long we were wide awake – and terrified.

Before the outbreak was over, 25 people were dead. More than 300 were injured and more than 70,000 lost electrical power.

The tornado that swept into northern Nashville ended up being the sixth costliest tornado in U.S. history ($1.504 billion).

Before I remind you of the details, I want to share part of a touching email Frank sent out right after those tornadoes occurred. Perhaps you recall it.

Dear Friend, As I’ve said for a long time… life can change – just like that. And that’s exactly what happened overnight, right here in the heart of Nashville.

A tornado ripped through Music City, causing massive destruction in its wake. At least 22 people have died across central Tennessee as a result of these severe storms. And unfortunately, more fatalities are possible.

The silver lining in all of this? Everyone here at HQ is unharmed. Our building is intact, and other than the shock of it all, we’re going to be okay.

Your phone calls, prayers, and messages of support have meant the world to us in this time of trouble.

Of course, this kind of crisis happening right in our own backyard in unsettling. Our neighbors are hurting, and that means we’re hurting too.

It just goes to show you never know when the worst can happen.

We’re gonna spend the rest of the day, or however long it takes, checking in with all our team members. Also, taking stock of the damage to the neighborhood. And saying more than a few prayers of thanks to the Man Upstairs for keeping us safe.

And something we can all do, in honor of those whose lives have been forever changed by this tragedy?

Hug your loved ones, and tell them how much you care. Because you never know when you might not get that chance again.

I took Frank’s words to heart, and hopefully you did too.

One of the tornadoes reached EF3 status in East Nashville, Donelson and Mt Juliet. Another was rated EF4, producing 165-mile-per-hour winds in Cookeville, Tennessee.

Moving along U.S. 70 North, it caused catastrophic damage in neighborhoods in its path. And resulted in 19 of the 25 deaths. Fortunately, it dissipated just before reaching downtown Cookeville. But plenty of damage had already been done.

The entire tornado outbreak – featuring at least 10 tornadoes – affected other states as well. Including Kentucky, Alabama and Missouri.

The EF3 tornado flattened barns and trees. And destroyed some 90 aircraft at the John C. Tune Airport.

Then the tornado took aim at North Nashville neighborhoods. It damaged and destroyed homes and businesses.

Just north of the Tennessee State Capitol, it ripped through Germantown. There, it significantly damaged churches, homes and apartment buildings.

Tennessee Governor Bill Lee called it “heartbreaking.” And “a tragic day in our state.”

Well after the storms had passed, officials were searching through piles of rubble for survivors.

“We’ve got to go through that and make sure that nobody was left behind,” said Nashville Mayor John Cooper.

Many roads were impassable. And schools were closed for the rest of the week. Debris that was lifted as high as 20,000 feet was scattered for miles.

Be Ready With Back-Up Power

Not surprisingly, it took up to a week for power to be restored in a number of areas in Tennessee and elsewhere.

More than 900 power poles were broken by the storms. Crews had to first fix transmission lines before they could repair substations.

The Tennessee Valley Authority (TVA) reported this. More than 30 of its high-voltage electrical transmission structures were damaged.

The tornado and power outages really brought home the message of the importance of staying connected in an emergency.

Even working around the clock, power restoration requires a significant amount of time following a violent storm. Residents are at the mercy of whatever back-up power they own.

Make sure you have what you need. Because you never know when it might happen to you.