Bear Safety (How Not To Get Eaten) 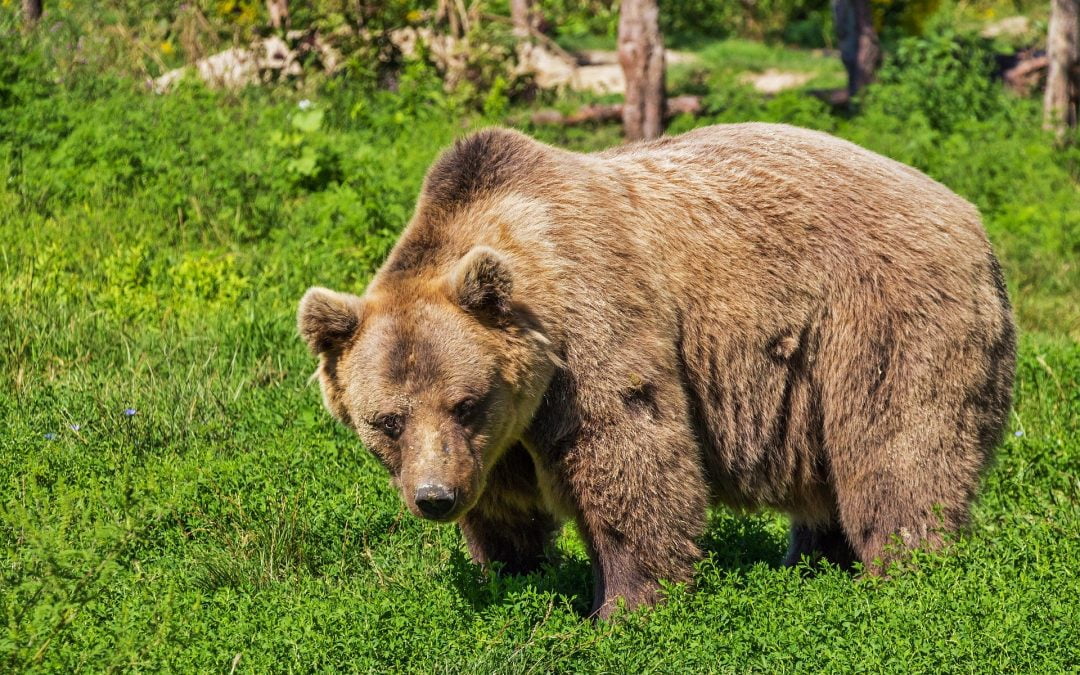 So, you’re out on a hiking or camping trip, and there it is– a beautiful, majestic bear! At first you’re excited… until you realize that bears are massive, deadly, powerful predators that have been known to attack and kill humans. What do you do? Do you panic and run? Try to stay and fight? Hide and hope it ignores you? Today, we’re looking at three tips to make sure that you DON’T get eaten the next time you run into a not-so-cuddly bear in the wild.

Believe it or not, not all bears are created equal. Different types of bears are found in different parts of the world, and they have slightly different preferences and behavior patterns that can help you know what to expect should you encounter one on your hiking or camping trip.

Black bears are the most common bears in the world, and especially in North America. Though they’re called black bears, they can actually range in color from black to brownish. They’re the smallest of all major bear species, and the good news is that they’re the least deadly to humans. That being said, it’s still not a good idea to get too close to one, as they have been known to attack when threatened or hungry.

Brown bears are less common than black bears, and slightly larger. In North America, brown bears are known by their scarier nickname — the grizzly bear. Unlike black bears, grizzlies are more aggressive and more likely to cause serious harm to humans. Most frightening of all is the fact that adult male grizzlies can reach upwards of 1,500 lbs.

Of course, there are other bears, including polar bears, Asian black bears, and panda bears… but you probably don’t need to be too worried about a panda.

A good way to stay safe in bear country is to be prepared. That means knowing basic bear safety concepts, many of which revolve around food. Bears are highly food-motivated, and most of the aggression bears will show around humans will either have to do with cub protection or food scavenging.

A black bear’s sense of smell is seven — yes, seven — times stronger than your pet dog’s. Really think about that for a second, and realize that even that old candy bar wrapper in your bag is being smelled in great detail by a bear that’s still quite far away.

Being prepared in bear country means being vigilant about any and all smelly items — chapstick, gum, soap, wrappers, food… you name it. Never camp with smelly items in (or near) your tent, or you might wake up to a thousand pound surprise sniffing around your feet. Utilize bear boxes to lock up food if your campground provides them, or string a bear bag very high in a nearby tree if you need to make do in a pinch.

Sometimes, there’s simply nothing you can do — you’re confronted by a bear that’s in your path, and it definitely sees you. What should you do?

For starters, learn bear body language. A bear standing on its hind legs isn’t necessarily trying to threaten or intimidate you. This is how bears express curiosity and are simply showing they want to know more about what you represent, exactly.

Above all, stay calm. Bears are reading your nonverbal communication, and if you freak out, they might freak out too. You want to project a sense of calm confidence. You are not a bear’s favorite meal; if they can avoid tangling with you, they will. Stand your ground and do not run! If you run, you will trigger the bear’s prey drive, virtually guaranteeing that it will at least run you down and chew on you for a while to figure out if you’re tasty.

Make yourself look as large as possible. Don’t drop a backpack, as this can be a lifesaving layer of protection between you and the bear, and it serves to beef up your silhouette. When you’re ready to make your move and get away from the bear, try to shuffle out of sight sideways. Lateral motion will keep the bear from thinking that you’re either running away or towards it.

Follow these straightforward tips, and you’ll be able to say you saw a beautiful bear in the wild… and came out unscathed!